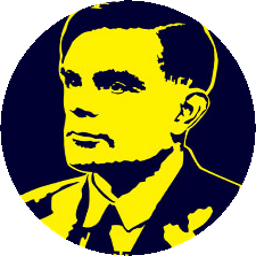 Managing apps with iTunes 12.7 or later

Management of apps, books, and tones has been removed from iTunes 12.7. The intention is clearly that organization of these will generally take place on the device in future. See Changes in the new iTunes - Apple Support for more detail.

See the Manually add items from your computer section of Manually manage content on your iPhone, iPad, or iPod touch using iTunes - Apple Support for the control that remains. This can be used to copy apps, ePubs, iBooks, PDFs, and tones from your computer to your device. Apps previously downloaded with iTunes can be found in the Mobile Applications folder inside your media folder should you need them. Books and Tones can also be found in their respective folders in the media folder. See Create and manage ringtones in iTunes for more on managing tones with iTunes 12.7 or later.

You can use iCloud Drive, Dropbox or similar services to move content to and from the device. The File Sharing feature for copying data between apps and the computer is still there but the new Files app in iOS 11 and later should be more flexible.

Note that directly updating an app on a device typically requires less network data than downloading an updated version of an app to iTunes and then transferring that to a device over USB.

Those that want to continue to manage apps in iTunes, for example to mange multiple devices from a common library, can see the support article Deploy apps in a business environment with iTunes - Apple Support for access to iTunes 12.6.5 or use the direct links below. Like version 12.6.4 and 12.6.3 before it, this is an out of sequence release which restores these features, turns off automatic updating of iTunes, and provides support for the latest versions of iOS and iOS devices, Windows users who want to use this build need to uninstall the current copy of the iTunes application, and potentially other Apple software components, first. Both Mac and Windows users can see Empty/corrupt iTunes library after upgrade/crash for steps to revert to a pre-upgrade version of the iTunes database, which may then need to be brought up to date to reflect the contents of the media folder. Note this workaround is not available to macOS 10.14 Mojave or later.

iTunes 12.6.5 might also be required to transfer iPod Clickwheel games to older iPods, as the drag and drop method doesn't appear to work for these in iTunes 12.7 or later.