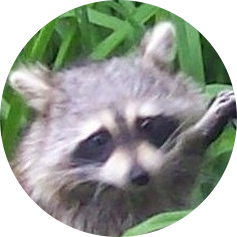 Setting up a local web server on macOS 11 “Big Sur”

Here is my definitive guide to getting a local web server running on macOS 11 “Big Sur”. This is meant to be a development platform so that you can build and test your sites locally, then deploy to an internet server. This User Tip only contains instructions for configuring the Apache server, PHP module, and Perl module. I have another User Tip for installing and configuring MySQL and email servers.

Note: This user tip is specific to macOS 11 “Big Sur”. Pay attention to your OS version. There have been significant changes since earlier versions of macOS. Another note: These instructions apply to the client versions of OS X, not Server. Server does a few specific tricks really well and is a good choice for those. For things like database, web, and mail services, I have found it easier to just setup the client OS version manually.

To get started, edit the Apache configuration file as root:

If you want to run Perl scripts, you will have to do something similar:

Enable personal websites by uncommenting the following at line 184:

Now save and quit.

Open the file you just enabled above with:

and uncomment the following at line 16:

Lion and later versions no longer create personal web sites by default. If you already had a Sites folder in Snow Leopard, it should still be there. To create one manually, enter the following:

While you are in /etc/apache2, double-check to make sure you have a user config file. It should exist at the path: /etc/apache2/users/<your short user name>.conf.

That file may not exist and if you upgrade from an older version, you may still not have it. It does appear to be created when you create a new user. If that file doesn't exist, you will need to create it with:

Now you are ready to turn on Apache itself. But first, do a sanity check. Sometimes copying and pasting from an internet forum can insert invisible, invalid characters into config files. Check your configuration by running the following command in the Terminal:

If this command returns "Syntax OK" then you are ready to go. It may also print a warning saying "httpd: Could not reliably determine the server's fully qualified domain name". You could fix this by setting the ServerName directive in /etc/apache2/httpd.conf and adding a matching entry into /etc/hosts. But for a development server, you don't need to do anything. You can just ignore that warning. You can safely ignore other warnings too.

Turn on the Apache httpd service by running the following command in the Terminal:

This command could fail with an error: “Load failed: 37: Operation already in progress”. If so, that means your web server is already running from a previous operating system version. However, you will still need to bump Apache to reload with the configuration changes you’ve just made. Use the following command:

In Safari, navigate to your web site with the following address:

And test it by entering the following into Safari's address bar:

You should see your PHP configuration information.

To test Perl, try something similar. Create a Perl test file with:

And test it by entering the following into Safari's address bar:

If you want to setup MySQL, see my User Tip on Installing MySQL.

If you want to add modules to PHP, I suggest the following site. I can't explain it any better.

If you want to make further changes to your Apache system or user config files, you will need to restart the Apache server with: