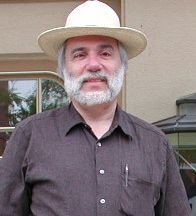 This has probably happened to everyone at some time: You press the POWER button on your iPhone - and nothing happens. Usually, this can be resolved easily. Either your battery has run down, or iOS has "crashed" and needs to be rebooted. On rare occasion the firmware has been corrupted, but let's save that for last. The following steps will usually get your phone working again in a few seconds:

If absolutely nothing happens after step 2. either your phone is broken, your cable is defective, or your charger has failed. Try different chargers and cables to isolate the problem. Or take all of them to an Apple store for diagnosis (make a genius bar appointment before going).

If you get an error message, or you see a picture of a USB plug and iTunes, you will need to restore your phone with iTunes. This, fortunately, is a very rare occurrence.