Hi, when I plug my iphone in the wall charger the apple sign appears for a few seconds then goes off and keeps repeating this. The phone will not connect to the computer and does not go any further than the logo flashing can anyone help me with this please ????

I had the same exact problem with my iPhone. I took it to apple they said the problem was the hardware and would need to replace it. Since i did not have warrenty they offered me a new one for $269 but i said i will think about it and let them know.

i came home and said to myself what if i shake the iPhone. Turns out my iPhone turned on and works fine so far 🙂. Thought i will share it.

Hi! I have been having a similar issue with my iphone 5. (I am using my parents ancient windows xp media center to try to fix)

1. Apple logo flashed when i plugged it into wall charger and wouldnt charge at all or turn on.

Tried all of the aforementioned steps to no avail. Was just about hopeless... Then I ran across an article describing DFU mode.

NOTE: If you are worried about any photos contacts etc on your phone DO NOT CONTINUE. TAKE IT TO AN APPLE STORE.

That being said I was able to put my phone in DFU mode by plugging in the phone to my computer. With black screen and no power indication on the phone, I held down the wake button and home button for 10 secs. Released the wake button and continued holding down the home button for another 10 secs and then released it as well. Suddenly my computer recognized the phone in dfu and was recognized in itunes and I am able to now restore it(Aka erase everything and reinstall the firmware). I have not finished it yet but will reply back once it is done and will let you know if it works. The screen has stayed black the entire time.

same happened to me but this actually worked

im having similar problems too, my phone switched off because of no charging and now its on charge but it wont turn on and is only flashing on the apple sign, someone pleaseee help me im panicking ????????

Did you lose all your apps, contacts, PHOTOS, etc though?

Thanks for visiting Apple Support Communities.

If your iPhone isn't powering on completely, try these steps from our iPhone hardware troubleshooting article:

I am having the same issues with the flashing apple logo. It's been doing it for hours now. It has quickly become a very expensive paperweight right before traveling when I need it most.

Nothing above has worked.

The problem actually started when plugging it in tonight. It was almost dead so I plugged it in and it started flashing and will not stop.

Try to force recover the phone, if it will not. Then you need to contact apple support. The phone may be done, If your phone is still in warranty, you can get it replaced for hardware failure. If it's not still in warranty they will give you options at that point.

im having similar problems too, my phone switched off because of no charging and now its on charge but it wont turn on and is only flashing on the apple sign, someone pleaseee help me im panicking ????????

I have three devices, a 5S iPhone, and two iPad 2. All three of them at the same time last night went into this mode of flashing Apple logo to home screen, two of them were charging, one of them was unplugged. I tried unattended last night to restore the phone as I needed sleep, and the problem didn't go away. They are all capable of being recognized by my PC even with this malfunction. I am trying once again to restore the phone, and if not successful, then what?

My iPhone 5 just started doing this as well. It's only a year old for it to be doing this. What a coincidence that we have all been having this problem in just the past 3 months. None of the steps above have helped, so I guess we must do what the giants want us to and make their pockets a little fatter.

I have been having the same issue. For a few weeks my phone would restart itself several times a day but I didn't think too much of it. Most recently, the phone went into recvoery mode where I had to restore the entire phone. Shortly after I did the restore, my phone restarted itself again and has been stuck on the "start up" Apple icon screen ever since. It flashes in a really grainy black and white. I can shut the phone off, but the same thing happens when I turn it back on. I cannot troubleshoot this through iTunes because my computer does not recognize the phone since it's technically not turned on. Such a nightmare. 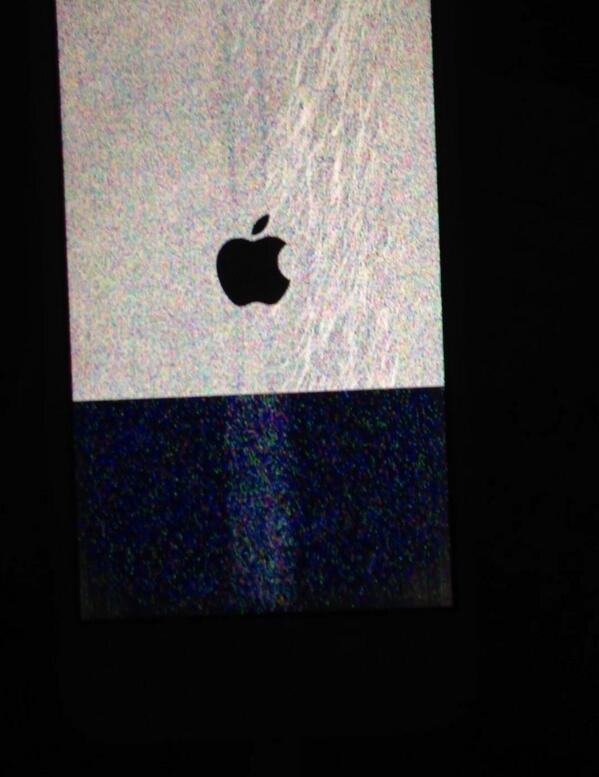 This exact same thing is happening to me....my phone was low on battery today whilst at work. The next time I checked it I just thought the phone was out of battery but when I got home and put it on charge it turns on for about 3 seconds to the Apple logo and then flicks off. This process is on repeat. There is nothing you can do because putting it on charge doesnt work longer than 3 seconds, and cant restore it on the computer because when you take it off the charger it has no battery to respond to the computer. This was a relatively new phone for me, had it for less than a year and have taken good care of it..........

The same happened on my iPhone 5S yesterday. After calling Apple customer service, I was told this could due to a hardware issue or a software issue. The Apple customer service representative helped me to make an appointment for the Apple store in town. It took ~15 minutes to re-install the iPhone system and everything goes back normal. The technichian in the Apple store told me this could happen due to a bad app/download but not a hardware issue.

In short, go to Apple store to have your iPhone checked or call Apple customer service for hlep.

same happened to me but this actually worked

I had the same exact problem with my iPhone. I took it to apple they said the problem was the hardware and would need to replace it. Since i did not have warrenty they offered me a new one for $269 but i said i will think about it and let them know.

i came home and said to myself what if i shake the iPhone. Turns out my iPhone turned on and works fine so far 🙂. Thought i will share it.

Did you lose all your apps, contacts, PHOTOS, etc though?

Hi socko0603, no I did not lose anything everything was there

change the battery it's work 🙂

My iPhone keeps doing the same thing. First, it suddnely turned off and when I plugged it to charger the Apple logo kept showing for a few seconds and then went away and it kept doing the same thing. I then, unplugged and plugged it back to the charger and it worked but it would stay on for 10 minutes maybe and then turn off again and do the whole flashing apple logo thing. I tried everything and didn't work! And I've never had any problems with my iPhone before this.